Second Marriage? You MUST read this 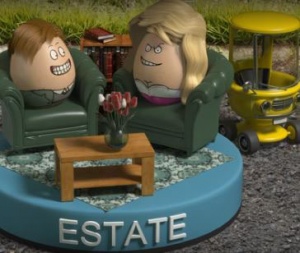 In modern society second marriages are more commonplace than ever. The law however is stuck in its traditional past and as such many grown up children are finding themselves disinherited from the family estate.

Almost everyone either has a second marriage somewhere in their family, or certainly knows someone who does. The stigma of getting married more than once has all but disappeared and it is now an accepted part of life in the 2000's. Whilst the idea of finding love again is heartwarming, the connotations associated with it can cause some concern, especially for the children involved. With a coming together of matrimonial harmony, usually brings a coming together of assets and a new joint estate. Usually such assets are originally intended for the children of that individual, once they have passed away. However these good intentions become extremely vulnerable with a second marriage.

Take Stuart Herds father in this Daily Telegraph story for example. He left his entire estate to his second wife on the understanding that her will would leave everything equally between the children from both sides. Guess what? She changed her will to favour only her children, without Stuart's knowledge. He had absolutely no right to challenge her estate and lost out on an inheritance he would have been expecting for many years. Equally had she met someone else and remarried, the new spouse could also benefit ahead of Stuart (and for that matter, her children too).

Situations like this are easily avoidable by the correct use of a trust rather than just using a simple will.

Click here to find out a simple way of avoiding problems with second marriage.